The evening event of Into Silence will take place in the Pichette Auditorium, Pembroke College on 6 November from 18.00-20.00. 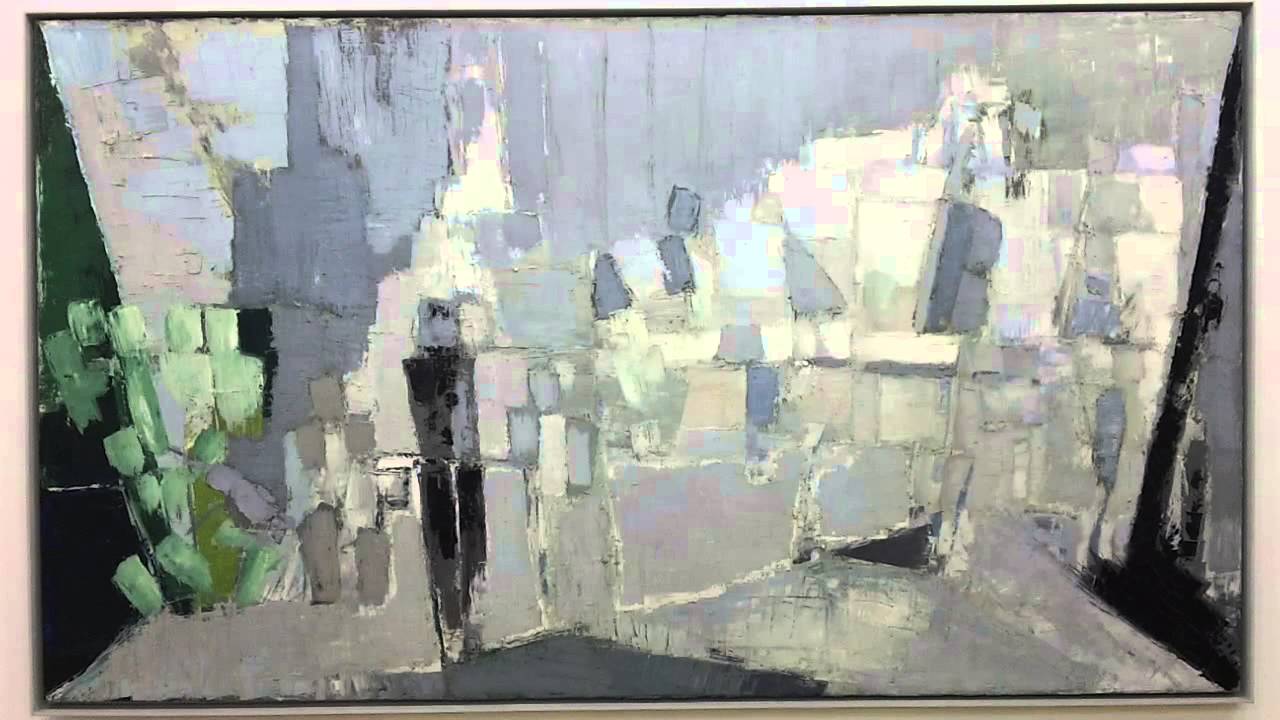 In the lead-up to the 100th anniversary of the Armistice, Dr Suzan M.R. Kalayci (Pembroke College and the History Faculty) and Professor Kate McLoughlin (Harris Manchester College and the English Faculty) are organising two events dedicated to silence. An evening of silent performances – or performances of silence – will be followed the next morning by an informal workshop on silence involving academics from various disciplines, members of the public and creative practitioners. Silence and the First World War are bound by many threads, not least by the institution of the commemorative Two-Minute Silence in 1919, the history of which has been written by Pembroke’s History Fellow Dr. Adrian Gregory.

During the evening event, you will be encouraged to sense silence physically, to feel it emotionally and to think about it critically. Performances will include sound-sculptures, mime, dance and film, but full details will only be disclosed at the end. After the performances, there will be a drinks reception at which organisers, performers and audience will informally discuss their experiences.

The performances will begin at 18:00 and finish at c. 19:15. Please arrive early as the doors to the auditorium will be closed 5 minutes before the start time of event.

Please register for this free event via the Eventbrite link:
https://www.eventbrite.co.uk/e/into-silence-tickets-51647393745

Do you have a story and/or photographs or other items connected to
women in your family or community who have done something pioneering in
their lives?

The Rumble Museum is holding a digital collection afternoon to preserve
these stories, memories, and objects connected to women’s lives and
rights over the last 100 years. We are also looking for World War
One and World War Two artefacts and stories. We will record your story
or photograph any objects and these will be uploaded to a national
online database. The website will be freely available to anyone to use
and will preserve these objects and documents.

Please come along to the school Library with your objects between 2 and
5pm on Friday 2nd November, 2018. We will have experts on hand to help
to give you more information on the items. There will also be
artefact-handling, refreshments and an opportunity to talk to members
from the wider community.

For more information, please contact lorna@irisproject.org.uk
Please contact us in advance with rough details of what you will be
bringing along.

This is part of a national project called ‘Lest We Forget’
co-ordinated by the University of Oxford – see
https://www.facebook.com/OxfordLWF/

Faculty of English Language and Literature, University of Oxford

To mark the World War I Armistice centenary, we’ll be charting the last two weeks of Wilfred Owen’s life during the war, up until his death on November 4th 1918 – just one week before the end of hostilities.

You can follow us on Twitter (https://twitter.com/ww1lit) and using #OwenLastDays between 22nd October and 4th November. Our tweets will include links to online learning resources all aimed at schools and other items of interest that the University of Oxford makes publicly available through its First World War Poetry Digital Archive and its Great Writers Inspire sites. These include online exercises on war poetry, Owen’s manuscript drafts, recorded lectures and podcasts, and new writing from experts in the field concerning Owen’s death and his continued and changing legacy. We particularly hope to reach schools, teachers, and students, to highlight the wealth of online resources that the University of Oxford makes available for wider educational use.

We are also announcing a nationwide secondary-school competition, asking for poster and/or performance responses to Owen’s poetry, its historical context, and its continuing legacy. Prizes include Amazon vouchers and books, and we are looking for entries from students Years 7-9, 10-11, and 12-13. Closing date for entries is Noon, 30th November 2018. For details on the competition and how to enter visit our web site:
https://owen.web.ox.ac.uk

Dr Rob Johnson (Pembroke College, Oxford) addresses the First World War in the Middle East, looking with a fresh perspective at the thinking that lay behind the operations there.

The First World War in the Middle East brought to an end 500 years of Ottoman domination, stirred nationalist sentiments, and created new international borders. Amid this conflict, Colonel TE Lawrence – better known as Lawrence of Arabia – offered a new way of thinking about war and championed the Arab cause through a guerrilla campaign.

In this talk, Rob Johnson will re-examine Middle East operations looking at the connected strategic decision-making of the belligerents, and their imperial calculations. 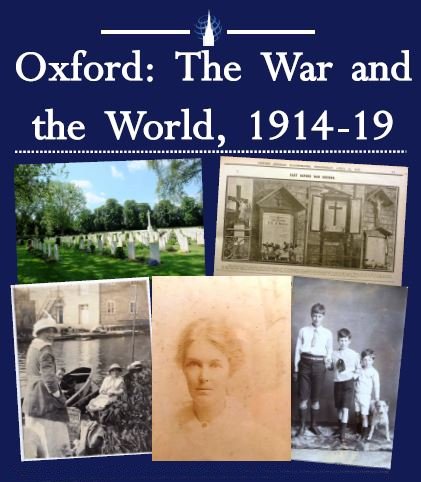 While some citizens left Oxford and travelled to other countries during the First World War, others stayed behind and experienced the city’s increasingly international connections; individuals from across the UK and the world joined them here because of the conflict. All these people were involved in, and contributed to, the war in different ways, and twelve of them are commemorated in this exhibition which highlights the wartime experiences of men and women, be they ‘town’, ‘gown’, or from overseas. By focussing on individual stories the exhibition emphasises Oxford’s international connections during the First World War and helps to expand understanding of different types of war experiences beyond the trenches.

See here for details of the exhibition on the Somerville College website.

6 November, 18.00-20.00
Into Silence
Dr Suzan M.R. Kalayci (Pembroke College and the History Faculty) and Professor Kate McLoughlin (Harris Manchester College and the English Faculty)
Pichette Auditorium, Pembroke College, Oxford
The performances will begin at 18:00 and finish at c. 19:15. Please arrive early as the doors to the auditorium will be closed 5 minutes before the start time of event.
Please register for this free event via the Eventbrite link:
https://www.eventbrite.co.uk/e/into-silence-tickets-51647393745 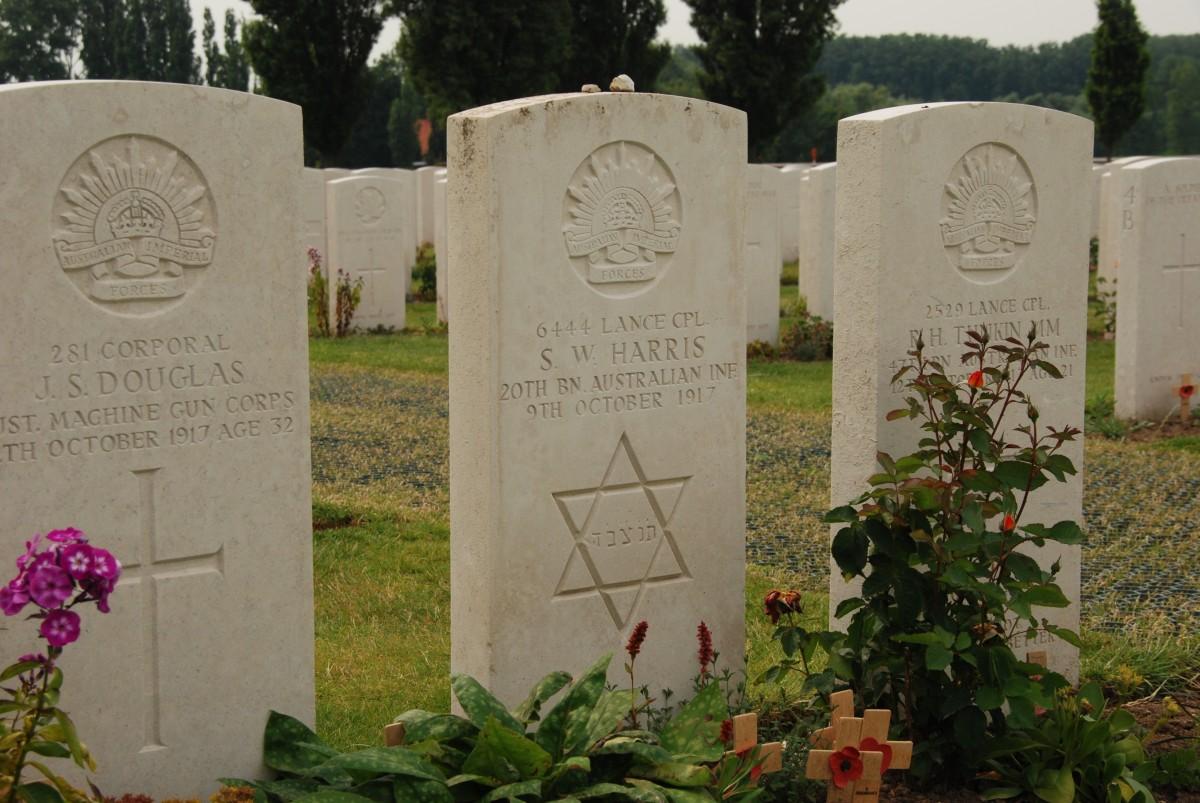 19-21 June 2019
A World Transformed: The First World War and its Legacy
A three-day international conference
Rothermere American Institute
Programme and further details to follow in due course 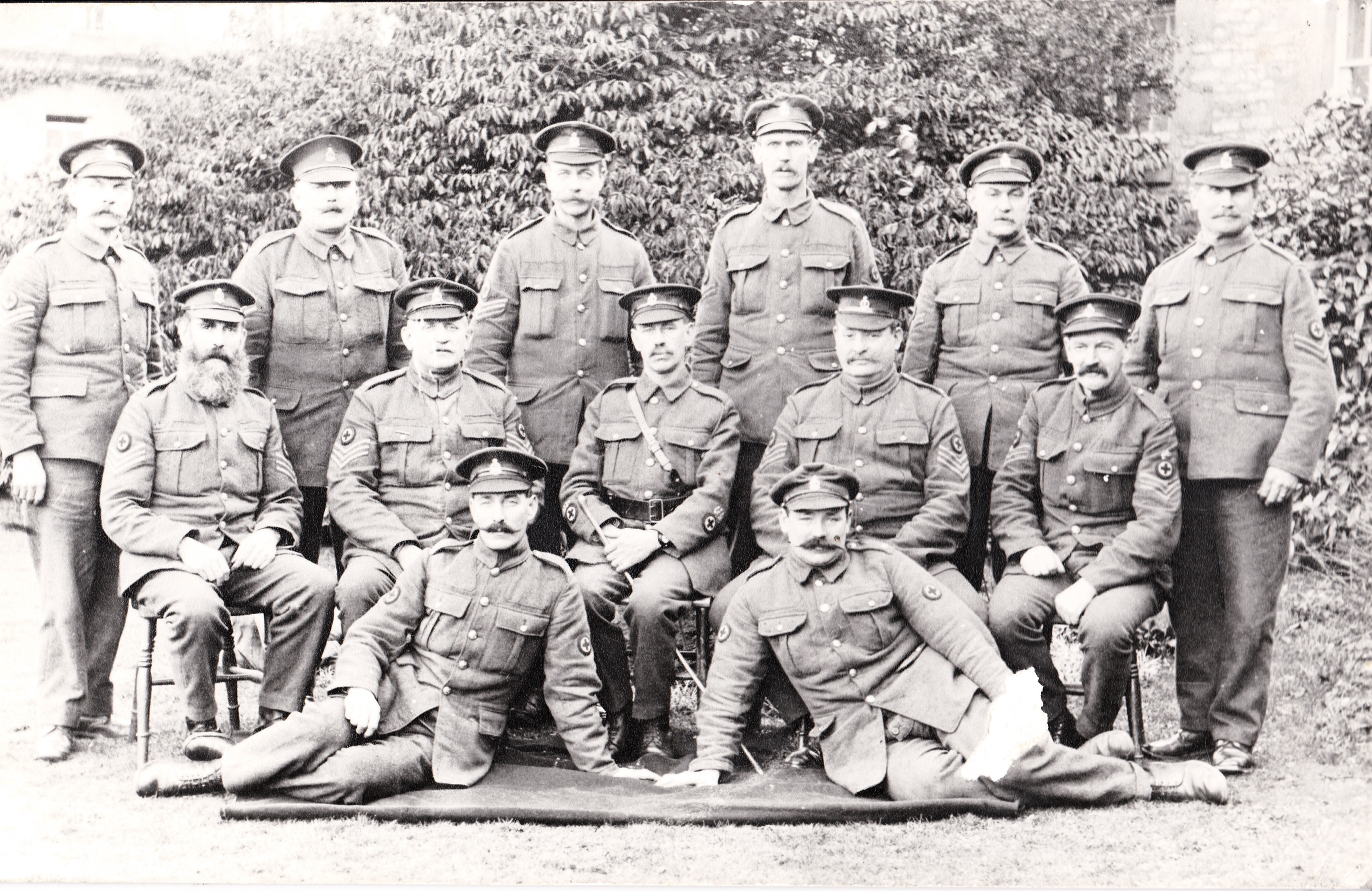 The program for the Royal Military College’s history symposium, Manpower and the Armies of the British Empire in Two World Wars (8-9 November 2018) is set and we have a great schedule lined up this year! See below for details.

RMC History Symposium 2018: Manpower and the Armies of the British Empire in Two World Wars

0830-0930 Gary Sheffield, “The Recruiting, Training and Battlefield Performance of British Army Officers in the Two World Wars.”
0930-1015 Richard Grayson, “Irish Identities in the Armies of the British Empire during the First World War.”

David Littlewood, “‘Its Necessity Need Not Be Laboured’: New Zealand’s Introduction of Conscription in 1940.”
Ross Mackie, “The Rationalisations for and Shortcomings of Compulsory Military Training in New Zealand 1909–14”
Paul Bartrop, “Mobilizing Diversity: The Formation of Australia’s 8th Employment Company as a Response to the Japanese Threat in 1942.”

Roger Sarty, “The Canadian Garrison Artillery Goes to War, 1914-1918.”
Ian Hope, “Feeding Mars: The Overseas Ministry and the Sustainment of the Canadian Corps 1916-1918.”
Howard Coombs, “Defining Canadian Participation in the First World War: The Case of No. 5/No. 7 (Queen’s University) Military Hospital.”

Emma Newlands, “‘Rebelling against it one minute then taking pride in it the next’: Becoming a soldier in Britain during the Second World War.”
James Campbell, “‘Make Them Tigers’—British Military Physical Culture in the First World War.”
Linda Parker, “‘This wonderful fellowship’: The work of Talbot House and the Toc H Movement with the British and Imperial Armies in Two World Wars.”

0830-0915 Jessica Meyer [via Skype], “Conserving Military Manpower: The work of the Royal Army Medical Corps in the First World War.”
0915-1000 Jonathan Fennell, “A Question of Legitimacy: Mobilizing the British and Commonwealth Armies in the Second World War.”

A talk by Philip Geddes

“What comfort can I find ?” was the anguished question asked by the writer Rudyard Kipling after the death of his only son Jack at the Battle of Loos in the autumn of 1915. Kipling provided his own brutally realistic answer – “none this tide, nor any tide”. Kipling responded to his loss by becoming the unofficial voice of the people of Britain and its Empire. He wrote many of the words by which we now remember the dead of the Great War – striking phrases such as “Lest we forget” and “A Soldier of the Great War Known unto God.”

An Evening with Rudyard Kipling tells the story of Kipling’s life with readings from his poetry and prose. It takes Kipling from his early days as the chronicler of Britain’s Indian Raj, through to his high point as poet of Empire for Edwardian England and as voice of the nation in the First World War. The show includes many Kipling favourites – “If”, regularly voted Britain’s favourite poem, and extracts from Plain Tales from the Hills and the Just So stories.

About Philip Geddes
Philip Geddes is ‘a child of the Empire’ and a long standing Kipling fan. His family served in India for almost 200 years in the army and as political officers. He was a journalist for 30 years with the BBC, ITV and The Financial Times (as European Editor for Financial Times Television). He then spent 15 years as a consultant to European Commission, advising senior level officials on the development and presentation of policy. He has written for numerous magazines and newspapers, and is author of two books – In the Mouth of the Dragon, on the future of Hong Kong and Inside The Bank of England, the first modern study of the Bank of England.

For further information and to book, see here.