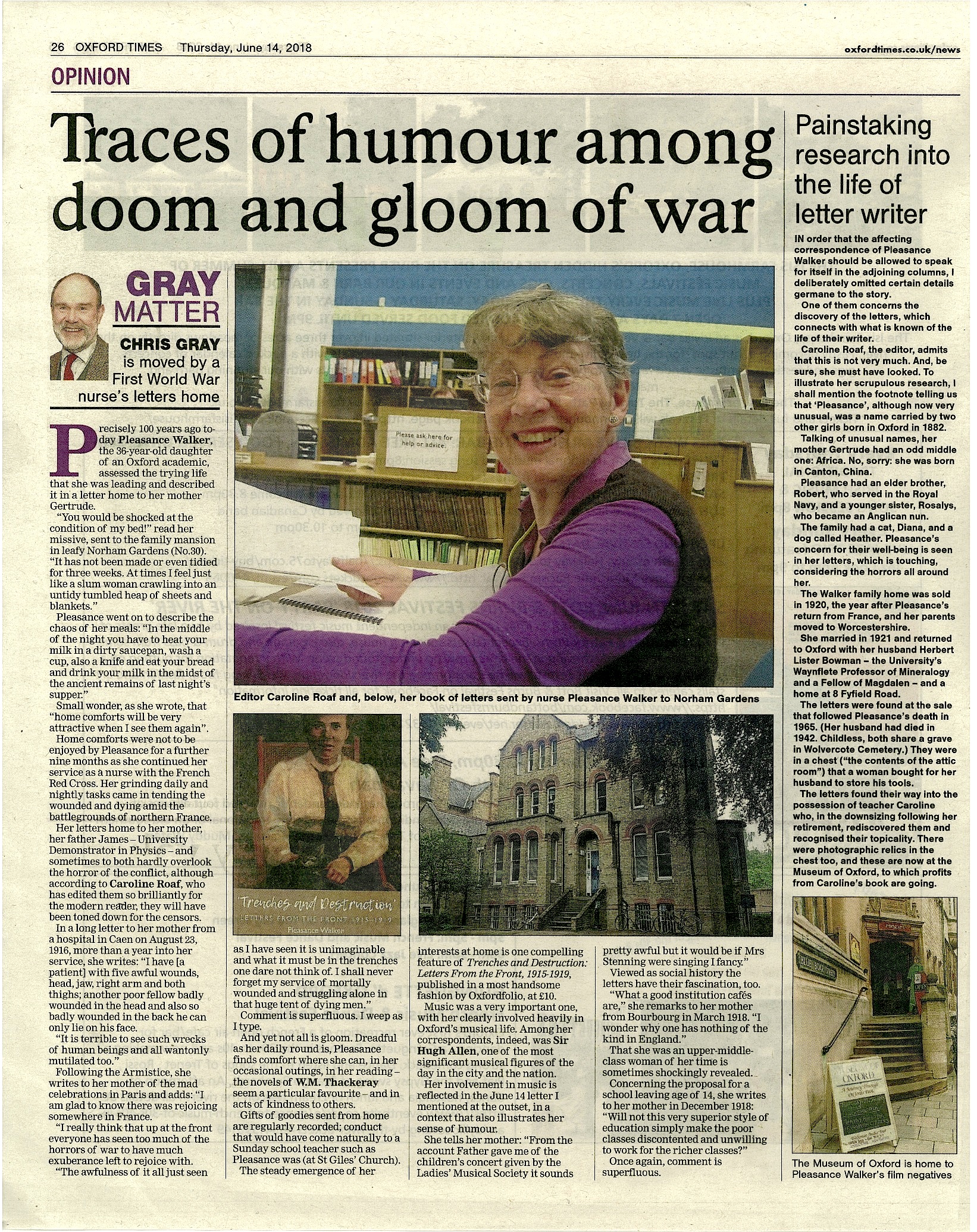 The Europeana Foundation manages Europeana, the digital platform for cultural heritage funded by the European Commission. It addresses its activities to researchers, research and cultural institutions, and e-infrastructures through Europeana Research.

On an annual basis since 2016, Europeana Research has supported early-career scholars in the Humanities undertaking innovative research projects that reuse openly licensed Europeana sources and digital tools. They can benefit from up to 8,000 Euros per project.

This year’s call focuses on the First World War and aims to highlight the relevance of the Europeana 1914-18 Collection for research.

Killed in action at Gallipoli in the Dardanelles Campaign of 1915, aged just twenty-seven, Henry Gwyn Jeffreys Moseley was widely regarded as the most promising British physicist of his generation. His pioneering measurements of X-ray spectra provided a firm basis for the concept of atomic number and re-cast the periodic table of the elements into its modern form. Had he survived, he seemed destined to win a Nobel Prize.

This book is a commemoration of Moseley’s life, work, and legacy. Inspired by the exhibition ‘Dear Harry… Henry Moseley: A Scientist Lost to War’, at the Museum of the History of Science, Oxford, in 2015-2016, and revisiting earlier accounts, thirteen historians and scientists chart his experience of Manchester and Oxford; his military service; the reception of his work by the scientific community; and the impact of his work upon X-ray spectroscopy in physics, chemistry, and materials science.

For Science, King & Country speaks to those with an interest in history, science, and the First World War, and draws upon a wealth of archives, artefacts, and recent research on the reward systems of science. Overall, it presents a comprehensive account of a young scientist whose brief but mercurial career paved the way to a new understanding of nature, and to shaping the future of physical science.

Lest We Forget is a nationwide initiative, based in Oxford’s Faculty of English, which aims to record the stories, objects, and memories of the First World War. As part of this initiative, we invite local schools, libraries, and museums across the UK to hold their own WW1 Digital Collection Days, where members of the public can bring in their First World War objects and stories for digitization. The documented stories and objects will be uploaded to a free-to-use Oxford University database, where they will be freely accessible to all members of the public to discover, research, and learn.

And we are looking for Graduate Student Volunteers to help us run these important events! (Graduate Students with research interests in the First World War are particularly welcome, as are those with broad interests in twentieth century history and/or literature more generally).

This is a great opportunity to add to your CV! You will gain excellent experience in public engagement, event organization, and even teaching (as our work often involves presenting to/engaging with students); you can also gain experience in graphic design, as we are always delighted to have new and creative poster ideas! You will also be among the first researchers to view countless incredible objects relating to the First World War—letters, medals, diaries, scrapbooks, photographs…)

Interested? Get in touch with us! at ww1collections@it.ox.ac.uk OR, by directly emailing Lest We Forget Project Manager Dr. Nancy Martin at: nancy.martin@linacre.ox.ac.uk

Peace museums can be traced back to 1900 when the Hague Peace Palace in Geneva was founded by Andrew Carnegie to serve as a “living museum” hosting conferences on international law as well as exhibiting art dedicated to peace. It was soon followed by Jean de Bloch’s International Museum of War and Peace founded in Lucerne, Switzerland in 1902 which focused on the negative impacts of war with the idea that “war itself testified against war.” After the Second World War, it was Japan who took the lead in the development of modern peace museums when in 1949, on the fourth anniversary of the dropping of the atomic bomb, Hiroshima was enshrined as a memorial city of peace. Since that time, peace museums have developed quite a bit, however they still fall within certain frameworks. Terence Duffy has defined four types of peace museums; self-described peace museums, event or issue based museums, international law museums, and galleries. Kazuyo Yamane has focused on the museums’ perspectives which can either be anti-war (negative peace focused) or pro-peace (positive peace focused).

Please see here for a list of peace museums meant to inspire further inquiry and exploration.

As part of the symposium Going Viral: Impact and Implications of the 1918 Influenza Pandemic, a discussion website provides a place to share stories, recollections, dialogue and artifacts related to the 1918 flu pandemic. There you will find personal stories passed down to new generations.

To read first-person testimonials and participate, please visit the website at http://1918flustories.web.unc.edu/

About Going Viral:
An interdisciplinary symposium to mark the 100th anniversary of one of the deadliest pandemics in human history will be hosted April 4-6, 2018, by UNC’s Gillings School of Global Public Health, UNC’s Institute for Global Health and Infectious Diseases, the North Carolina Museum of Natural Sciences and RTI International.

Online registration will open in January 2018. For more information or to receive email updates, contact 1918flu@unc.edu.

Symposium events will offer perspectives from the vantage points of medicine, health, social sciences and the humanities. Speakers include leading experts in epidemiology, virology, medicine, communications, literature, history, ethics, policy and other fields.

The full agenda can be found at the Gillings School of Global Public Health’s Going Viral page.

Between 2014 and 2018 Britain, together with many other nations, is commemorating the centenary of the First World War – the first ‘total’ war of the 20th century – the legacies of which live on in a range of institutional, educational, geographic, political, social and cultural forms. At the outset of the centenary, a particular ‘cultural memory’ of the war dominated in Britain, one described by the then Education Minister Michael Gove as a ‘Blackadder myth…designed to belittle Britain and its leaders’ (Daily Mail, 2 January 2014).
Funded by the Arts and Humanities Research Council (AHRC), over the course of three years (2017 – 2020), this project sets out to both evaluate the extent to which the range of commemorative activities undertaken since 2014 has engaged with, challenged, or changed this ‘myth’, and the experience and outcomes of projects that are built on academic-public engagement and the co-production of knowledge, especially those involving the AHRC World War One Engagement Centres.

The three main aims of this research project are:
– to evaluate activities during the centenary period of the First World War in the United Kingdom in order to trace and analyse shifting patterns of cultural memory;
– to evaluate these activities in order to assess how successful they have been in involving diverse members of the community in their production and reception;
– and to consider the lessons and legacies of these projects for a range of stakeholders involved in planning for future anniversaries and events.

For all enquiries about the ‘Reflections on the Centenary of the First World War’ project, please contact the Project PI, Professor Lucy Noakes: l.noakes@essex.ac.uk

Research is conducted under the guidelines of the Arts and Humanities Research Council (AHRC). All survey responses will be highly confidential and the anonymity of all respondents is assured.